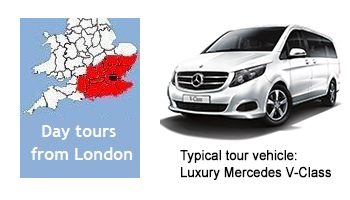 Your driver-guide will pick-you up from your central London hotel or place of residence at the specified start time. We recommended 8am for this tour. Then, after an initial fast-route from London, we enter the world of Downton Abbey. The world-wide smash period drama is the story of an aristocratic family and their servants set in an English stately home during the early 20th century. First, we visit the picturesque village of Bampton, in the heart of the Cotswolds, location for the local village in Downton. Avid fans will recognise locations including the Crawley family home, the hospital, and the church where so many dramatic scenes took place.

Your driver-guide will suggest appropriate lunch options. Then, for Downton Abbey’s majestic screen appearance, the creators used Highclere Castle in Hampshire, home of the Earl of Carnarvon. Set in 1,000 acres of parkland, it is now open during the summer months for Downton aficionados to view. The original servants’ quarters were not used in the series (a studio set was built for this), as much below stairs has been given over to an impressive King Tut exhibition. The 5th Earl of Carnarvon worked with the archaeologist Howard Carter in the famous excavation of the pharaoh’s tomb in 1922.
● Highclere Castle is only open on certain dates. Entry tickets must be pre-ordered. 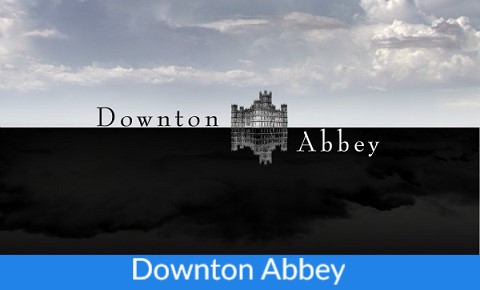 Your driver-guide will pick-you up from your central London hotel or place of residence at the specified start time. We recommended 8am for this tour. Then, after an initial fast-route from London, we investigate the Thames Valley, made famous in recent years as a setting for the hit whodunnit tv series Midsomer Murders. Based on the books by Caroline Graham, it is now shown in over 200 countries. The original series featured over 200 suspicious deaths in Midsomer (making it easily the murder capital of England!). Actor John Nettles initially played the role of Chief Inspector Tom Barnaby.  The series continued with Tom’s cousin John in the role. A number of Midsomer haunts are visited.

Your driver-guide will suggest appropriate lunch options.  Then we visit the town that which doubles as the fictional Causton. John Nettles could be seen in many episodes walking or driving through the centre. We might spot a budding TV star ourselves here, as members of the local amateur dramatics society are frequently used as extras.  You will discover that the England of thatched cottages, village shops and cosy pubs really does exist, perhaps concealing the England of murderous mischief, devilish deeds and fiendish foul-play! 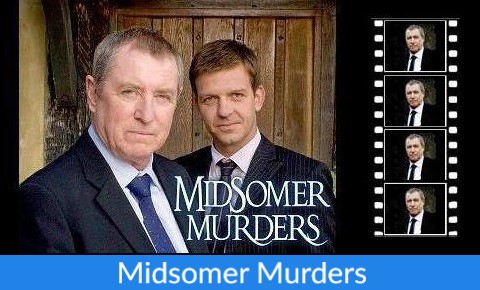 Your driver-guide will pick-you up from your central London hotel or place of residence at the specified start time. We recommended 8am for this tour. Then, after an initial fast-route from London, we investigate the dreaming spires of Oxford, where Chief Inspector Morse (played by the late John Thaw) and his trusty sidekick Lewis battled against the secretive world of academia as they investigated crimes in the famous university town. The series stayed remarkably true to the original novels by Colin Dexter, not least because the author was prominent in the television adaptations.

Your driver-guide will suggest appropriate lunch options. Then, visit the Ashmolean Museum to see the jewel made famous by the popular early episode The Wolvercote Tongue. See the spot where Morse gives up the ghost in the very last episode, The Remorseful Day. Pop into the hotel that features the Morse Bar, renamed in honour of the character’s appearances here. We also visit a number of other locations that featured in the series, including colleges, historic buildings and Morse’s favourite respite, pubs! The series now has two spin-offs, with Lewis in an eponymous role, and a younger Morse in Endeavour. 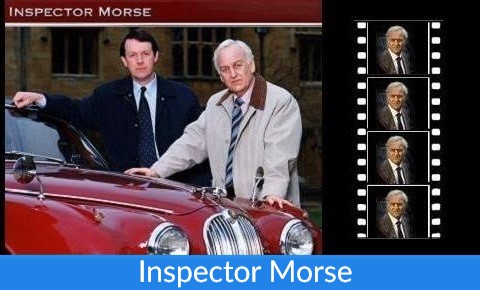